Meant to Be Blog Tour! - Come on Over!

We hear that you are a gardener, how goes the chives and the rest?

Oh, the chives are lookin’ good. I’ve already made several cheeseballs, which is the first thing my family asks for when the chives shoot up in spring. J How about a quick recipe?

~ Tablespoon of mayo (heaping—I use Hellman’s)

Mix, chill, and enjoy on crackers. I used to work with a guy who loved a dollop on his baked potatoes *shrug* The rest of the garden is doing fine. Already I have zucchini sitting on my back porch, waiting for me to decide what to make first with it. I also have lots of little pumpkins, and hopefully plenty of tomatoes and peppers for salsa.

What is the most unique thing about you?

Huh...I don’t know. LOL That’s probably a question someone who knows me should answer. Well, I’m the tallest woman in my family, which doesn’t sound all that unique. But considering I’m just shy of 5 feet tall, it’s a little surprising to be sure. *grin* My whole family is tiny. My mom is 4’ 10”, my brother is barely 5’ 4”, my grandpa is 5’ 2”. My mother-in-law is maybe a quarter of an inch shorter than me, as is her other daughter-in-law. It’s kind of weird, actually, now that I’m thinking about it...LOL

Meant to Be is the sequel to There's Only Been You, for those who have not had a chance to read the first, can you give us a brief overview?

I’d love to, thank you! There’s Only Been You is the story of Sara Jamison & Mike Andrews, and it’s the first manuscript I ever completed (in 2004). It’s the proverbial ‘book of my heart’. Here’s the blurb:

Malicious lies, drugs and a videotape are the reasons young lovers Sara Jamison and Mike Andrews have spent the last eight years apart, each believing the other betrayed them.

Sara has no clue where Mike's been all these years, but she knows where she's been - busy raising their son. Two weeks after he accused her of cheating and disappeared from her life, Sara discovered she was something she never expected to be, an unwed pregnant teenager. But with the love and support of her annoyingly alpha-male family, she's managed to make a good life for herself and her young son. She even owns her own business, Sara's Bakery, which she's built into a thriving success. Sure, she works too hard and her social life is nonexistent, but for the most part, she is content.

Until the day Detective Mike Andrews walks into her bakery and back into her life....

Wow, that sounds great! Now give us a little bit of a teaser for Meant to Be!

She's running from her past, he's unsure about his future. Maybe together they can figure out what was Meant To Be.

Officer Garrett Jamison is at the lowest point in his life. He's lost faith in his ability as a police officer after unwittingly setting his sister up with a dirty cop. Garrett ended up getting shot, and his sister's son kidnapped right out of his own bed. He takes a leave from the force, in need of some time to make a decision about his future. Too bad he can't get a decent night's sleep thanks to his sexy new neighbor and her howling cat.

Jessica McGovern moves halfway across the country to start a new life in Green Bay, Wisconsin after her ex-husband is convicted of involuntary manslaughter in the death of their young son. Her new neighbor is as infuriating as he is handsome, but when her ex is released from prison early and shows up in town, Jessica discovers she's never needed anyone more.

What are you trying to do, make my TBR pile bigger?

Well, of course! LOL I’d be thrilled if There’s Only Been You and Meant To Be made it to your TBR pile. Maybe I should also mention that Meant To Be received a top rating of ‘You Gotta Read’ from your very own Roberta (*waving* Hi, Roberta, thanks again!!).

Well, it's working! Talking about TBR piles, what's on yours?

My stack is so high it’s about to tip over...LOL Let’s see...Vexing the Viscount by Emily Bryant, Ashes of Midnight by Lara Adrian (though I just read a bad review, so I’m a little bummed), Love At First Flight by Marie Force, McKettrick’s Luck by Linda Lael Miller (never read her before), Master of Torment & Master of Surrender by Karin Tabke, Master of Swords by Angela Knight, Blue-Eyed Devil by Lisa Kleypas, Envy by Sandra Brown (never read her either, but my sister-in-law said she’s fantastic), Gotcha! & Weddings Can Be Murder by Christie Craig, High Stakes by Erin McCarthy (another author I haven’t read), and When He Was Wicked by Julia Quinn. I also have a box of books waiting to be read...I’m waaay behind on my reading.

When you aren't writing, gardening, and sitting in a hot bubble bath, what do you do with your time?

Wow, my life sounds pretty good when put like that. LOL I tend to clean my house a lot. My mom & grandmother were both clean freaks while I was growing up, and it sort of rubbed off on me...though it’s mellowed some since I’ve had kids *grin* I also usually have the television on. It’s just an ingrained habit from when I was a kid. We watched A LOT of TV. *grin*

Now if we want to get in contact with you to tell you how awesome your book is, how do we do that?

Well, wouldn’t that be terrific! You can email me at DonnaKowal@gmail.com or Paulck1225@aol.com

Thanks for coming to YGR to guest blog with us!

Thank you so much for having me, Tami & You Gotta Read! Thank you Goddess Fish for making this blog tour such a wonderful experience! And thank you to everyone who stopped by!

**I’ll be drawing a winner of a download of Meant To Be. Just leave me a comment to be eligible. 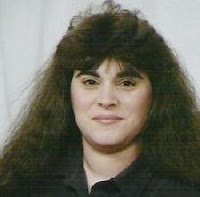 Romance author Donna Marie Rogers lives in a renovated old schoolhouse in beautiful Northeast Wisconsin with her husband and children. She's an avid gardener and home-canner, as well as an admitted reality TV junkie. Her passion to read is only exceeded by her passion to write, so when she's not doing the wife and mother thing, you can usually find her sitting at her computer creating exciting new characters, fresh new worlds, and always happily-ever-afters.

I'm reading, There's Only Been You now and enjoying it.

Oh, you've been saying we a lot of things in common, but I think I just discovered one very big difference. You are a clean freak, I'm so not a clean freak! I wouldn't go so far to call me a slob, but I'm close.

Hi Christie! I'm so glad you're enjoying There's Only Been You. :-) I do like a clean house, but trust me, my kids are such slobs I can't keep the house clean anymore to save my life. LOL Before kids (Paul & I were together about 10 years before we had kids) you could eat off my floor. *grin*

See there, Christie, that sounds like me. :) I hate to clean.

Morning, Donna! Great interview and wrap up to the end of your blog tour. I love that cheese ball you make. And your cheddar beer dip. You know, cuz we're both such big drinkers. ;)

Have a wonderful day!

As soon as I get off this miserable diet I'm going to make those cheese balls, although the chives will come from the grocery store. (A little hard to farm on the fourth floor.) Wish I could say I've started Meant to Be, but I'm determined to get these requested chapters off. I know I loved There's Only Been You.

Looks like this may be another of those sites where I come out as Mom -- but I'll try for something less peculiar.

Yeah, Stacey, we can really toss 'em back. *grin* Have a great time up north!

Thanks for stopping by, Beppie! And no, it shows as 'Beppie' not mom. :-) I'm so glad you enjoyed There's Only Been You, hope you like Meant To Be just as much. :-)

That cheeseball really is yummy. And here's a recipe for the dip Stacey mentioned (since it seems to be a recipe kind of day :-).

Great end to your tour, Donna - loved the recipes too! Nice to know I'm not the only 5' tall woman around here! :)

Hi Hywela! Nope, I'z tiny too, as is my whole family. ;-) Anyone who stands next to my mom feels like a giant. LOL

On that recipe for Beer Dip, it actually calls for a full cup of mayo (sorry about that, I thought I knew the recipe by heart, but I decided to double check). Though you probably could just use half a cup and maybe a few extra splashes of beer. *grin*

running in and skidding to a stop. Whew, I made it in time. OK, here are the Baked Potatoes ... please take them, they are super hot ... throw some chives on them please! Your books look so incredibly good and I can't wait to read them! Throwing all your books on the TBR pile now! Whew, its getting heavy. Thanks so much for blogging, it was fun to read.

Val, thank you so much for stopping by! Here's a dollop of dip for each of your potatoes. Look how it melts so nice & ooey gooey. *grin*

Fingers crossed that you're one of the two winners!! ;-)

Hi Donna! Of course I love too making my TBR bigger. I'd so hate to miss out on a great read! I'm so enjoying reading about your books Donna! I'm slow to posting and all with the summer (the heat does not agree with me!) So I'm glad I could be on to read your fun interview too!