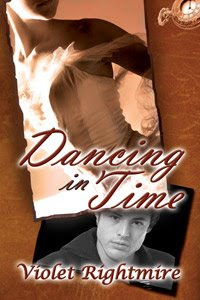 Inspiration for a writer is a peculiar thing. It cannot be forced, but when it happens, it can't be denied. I discovered this many years ago when I was unable to ignore the siren call of a small, deserted village located high on a North Carolina mountain. No road leads into Lost Cove today, and a century ago there was only a rugged trail leading there from the railroad tracks. Tracks that hug a rocky cliff high above the rolling whitewater of the Nolichucky River. No real road was ever built into the Cove, and that sealed its fate.
I heard stories about it, this ghost town in the mist. And I had to go.

My journey involved a three mile hike down that narrow, very active railroad track, until I came to a sharp turn marked by a huge boulder. The Cove Trail. It led from railroad into the woods and up a barely discernible, steep path that disappeared straight up the mountainside. That final mile was difficult, but the effort was worth it. The trail emerged from dense woods onto a pastoral scene worthy of any movie set.
And there it was! A real-life ghost town. Abandoned, one family at a time, Lost Cove is now a group of houses, sheds, and one rusting automobile. All of it scattered across many acres. All of it fading quietly into history.

I loved it immediately. It was exactly like traveling back in time. I felt as though I had stepped through an invisible portal and was now in the 1800s. This feeling was aided, no doubt, by the almost surreal silence in the cove. It is so high above the river and railroad that any noise is dissipated in the gorge. There is a poignancy here too, and I found it to be the perfect setting for inspiration and flights of imagination. It was late in the afternoon when I left Lost Cove, but it never quite left me. Dancing in Time, my recent release from The Wild Rose Press, had its rudimentary beginning in this forgotten town.

Hadleigh and Doc. They took form in this haunted setting and insisted that their story be told. I could see them, walking under the flowering apple trees, or lingering, hand in hand, on the schoolhouse steps.

There was, indeed, a schoolhouse in Lost Cove, but it is gone now, claimed by the ages. There was a real teacher too, a man named Sinclair Conley. Mr. Conley climbed on the train every Monday in town and it obligingly dropped him off a few miles down the track, at the bottom of the Cove trail. He then hiked from the railroad up to the village where he boarded with a different family each week. On Friday he reversed the process and returned to his own family for the weekend. Mr. Conley became the inspiration for Doc in Dancing in Time.

Lost Cove is possessed of the magic of all such abandoned places, with its sagging porches, dipping roof lines, and walls covered with kudzu and graffiti. Inside the homes I found such things as old iron bedsteads, chipped cups, and broken chairs. Every house a mosaic of someone's life. In every building the walls were covered with layers of newspaper to hold the cold at bay.

Like all mountain villages, Lost Cove has a small cemetery, located just to the right of the trail as it emerges from the woods. Most of the graves are marked only with field stones, but there are a few loving hand-carved markers.

Many of these details emerged from my memory as I wrote Hadleigh and Doc's story. The steep trail, the houses, the train, the boulder and the graffiti. The cemetery, too. And the inscription on the blackboard of the schoolhouse.

Even though I have finished Hadleigh and Doc's story, I still feel a pull to return to Lost Cove. The land is privately owned, so permission would need to be granted from the owner. But someday. Someday I want to go back to the place where Hadleigh and Doc were conceived. I guess Lost Cove will never completely leave me.

Dancing in Time by Violet Rightmire is now available from www.thewildrose.press.com
Visit Violet at: www.debrawebbrogers.com
Posted by Tami Winbush at 12:01 AM

I loved your post! You have such a lovely, evocative voice in your writing that midway through the post, I felt I had to leave immediately to check out Lost Cove and experience the magic myself!

My saner mind prevailed and instead I’m making “Dancing in Time” my next ‘read.’
Thanks for the great post!
Eileen Ann Brennan

Hey Violet:
Beautiful blog. The town sounds like a place I'd like to visit myself. And since I'm from the hills of Kentucky, it also sounds like some of the abandoned mining communities you might find here.
You've given me food for thought.
Congratulations on your release!!!
I hope you sell a million copies.
Teresa Reasor

Violet--what an amazing post. So eloquent, it makes me want to read the book and I've added your title on my Must Buy list! You make me want to see that town something fierce!

Hi Violet,
I loved your town out of time in DANCING WITH TIME. Your feel for the place came through in spades.

Now that's what I call getting inspiration for a story. It's that kind of thrill in your soul that comes out it a fantastic story.
This is right up my alley. I love time travel. I love stories that take me back in time too.
Good luck!

What a fascinating story. I would love to visit Lost Cove. Your story actually reminded me of some areas of Wales, where slate mining used to be teh only industry, and now nothing but deserted stone cottages stand, roofless and empty. What a wonderful tale of inspiration you wrote - Dancing With Time sounds like my kind of book!